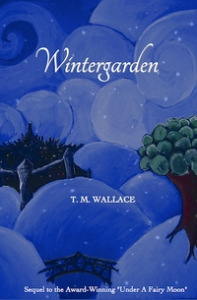 Fifteen-year old Addy Marten must travel the Garden’s magical labyrinth to its centre in order to reach her friend Connor and free him from the witch-queen. Both Connor and Addy must learn to use their own magical abilities to fight the growing evil in the human and fairy realms.

Wintergarden is the sequel to the Award-Winning book “Under a Fairy Moon,” (Gelett Burgess Awards, 2012, Canadian Christian Writing Awards 2012.) 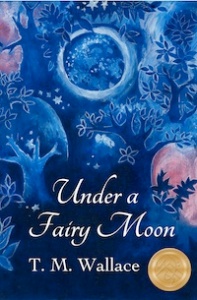 Books are available from ibookstore, Barnes and Noble, Ingram, Brownridge Publishing, The Bookstore and Amazon.

Winner of the Gelett Burgess Children’s Book Award 2012 (fantasy) and the Canadian Christian Writing Awards 2012 (Young Adult)
…. Addy Marten sets out to explore her new neighbor’s beautiful garden, and especially the rows of mysterious stone statues that she has glimpsed through her bedroom window. Instead of the enticing hideaway she has imagined, however, she finds herself trapped in the Median Realms, and an unwilling pawn in a game of Fairy Chess. She must use all her courage and wits to win the game and free herself from malicious fairy creatures and their twisted fairy-tale world. — “A misbehaving pixie named Enitua steals the limelight as the novel’s most precocious character and later becomes a key ally in guarding the human’s safety.” — Publishers Weekly Reviewer (Amazon Breakthrough Novel Awards, 2010)

One thought on “Books”